Point cloud data collected during laser scanning surveys are used to create a “digital twin” of surveyed environments, but digital models are reliant on a certain level of point cloud density. So what is point cloud density, and how can it affect survey data?

What Is Point Cloud Density?

When point cloud data is processed and turned into a 3D digital model, these coordinates act like pixels. Each point helps to form an overall picture of the surveyed area (this could be an urban or rural landscape, human-made structure, or transport network). The higher the point cloud density, the clearer and more accurate the 3D digital model will be — just like with pixels, more points per unit area lead to a higher resolution image.

While point cloud density refers to the number of points per unit area, point cloud spacing is a term used to describe how far apart each point is from adjacent points.

What Level of Point Cloud Density Does Your Project Need?

While dense point clouds create higher resolution images, this doesn’t mean every project needs to achieve the highest level of point cloud density possible. Attaining more points per unit area can make surveying projects more costly, so before deciding on a level of density to aim for, it’s worth assessing the needs of the project. What will data be used for, and how clear do digital CAD models need to be?

Point cloud density is important when it comes to how detailed your data is, but how can you make point clouds more or less dense?

Laser scanning technology works by measuring coordinates with laser pulses. LiDAR sensors throw out laser beams that reflect off of surfaces and bounce back to the sensor. By measuring the time taken for the laser beam to return to the sensor, the system calculates the distance of one 3D coordinate with every pulse of light. So the number of pulses thrown out per second can affect how many points are collected per unit area.

The Speed of Laser Scanning Systems

When using mobile and airborne LiDAR systems, the speed the system is traveling at can affect point cloud density. Fast-moving vehicles may not be able to collect as many coordinates from each area they pass through.

During surveys, scans are taken from multiple angles, resulting in multiple datasets. To create a complete, 3D digital image of the surveyed environment, point cloud data software “stitches” together multiple datasets. The more overlap there is in these datasets, the denser the overlapping areas will be. 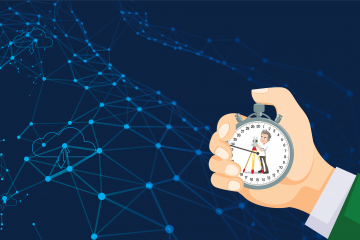 A Guide To LiDAR Wavelengths

LiDAR, or light detection and ranging, is a technology that uses laser light pulses to collect information from surfaces. LiDAR systems throw out thousands of laser pulses per second, and each one reflects back to Read more…